The Treasurer, the Hon Dr Mike Nahan MLA, delivered the WA Government’s Budget for 2015-2016 which led with asset sales and Land Tax increases aimed at trimming back State debt in a Budget that delivers a record $2.7 billion operating deficit for the 2015-16 financial year.

The Government has delivered on its election commitment for an additional $24 million in new destination marketing for Tourism Western Australia (TWA).  More funding to attract more visitors to the state has been a key issue in AHA lobbying efforts and the delivery of this promise sees the TWA marketing budget increase to $31.2 million.

Of concern however is that electricity and water charges will be hiked 4.5 per cent - double the rate of inflation; the Emergency Services Levy will increase 10.6 per cent and the compulsory third party insurance will increase 4.1 per cent.

In 2015-16 TWA has been allocated an overall budget of $89.1 million which includes the total cost of services and income.  The modest increase on last year’s actual was achieved through whole of government saving measures, movements in Royalties for Regions funding and new Commonwealth specified grants funding.

While the announcement of the final instalment of the Government’s commitment to additional Destination Marketing is welcomed, there is no new funding promises; mainly  a consolidation of existing commitments.
This will see the following:

This budget allows TWA to continue marketing Western Australia to intrastate, interstate and international visitors towards ambitious Tourism 2020 targets but does not provide for long-term certainty in tourism funding in future years.

Key measures and changes have been outlined below:


Destination Marketing
The Government has delivered on its election commitment of $24 million over 4 years for additional funding for destination marketing with the allocation of the final $11 million over the next two budget years with $4.3 million allocated in 2015-2016 and $6.7 million in 2016-2017.

Funding to attract more visitors to the state has been a key issue in AHA and TCWA lobbying efforts and the delivery of this promise sees the marketing budget increase to $31.2 million in 2015-16 from $28 million in 2014-15.

Government’s commitment to attracting Chinese tourists is boosted with $3.9 million to be spent over the next three years.

Event Sponsorship
$27 million will be allocated towards event sponsorship in 2015-16. This includes increases in TWA’s base funding and additional Royalties for Regional funding for events sponsorship. One-off events funded in last year’s budget are not included in this year’s spend.

This will translate into continued funding of popular events like the Margaret River Pro, Gourmet Escape and other key tourism events but questions remain about the agency’s capacity to be competitive in future one-off bids.

Funding for the Government’s Caravanning and Camping Action Plan will continue while funding for the Kimberley Science and Conservation Strategy has ended.

The $4.6 million Aboriginal Tourism Development Plan announced in last year’s Budget is being finalised and the first $1.15 million of the four years commitment has been pushed into 2015-2016. Once launched it is hoped that this program will see accredited and export ready Aboriginal tourism begin entering the market over the coming 4 / 5 years.

Perth Convention Bureau
Forward funding for the Perth Convention Bureau (PCB) is disappointing with the next three financial years falling. There will be a 28% reduction in funding for the Business Events Marketing and Promotional Services Agreement with Tourism Western Australia (TWA) for the financial years 2016/17 to 2018/2019.  PCB drives the WA business events sector by securing large, high yield conference events and marketing WA and Perth as a premium conference destination.

The PCB is one of the highest performing convention bureaus in Australia with an ROI to WA State Government investment of 31:1, double that of its east coast capital city bureau competitors. The PCB has almost doubled its cooperative funding and activities with the tourism industry over the last four years.

Land Tax Increase
Commercial and residential property owners will pay an extra $826 million over the next four years with land tax increases the centrepiece of the State Government’s revenue raising efforts.

Property with an unimproved value of less than $300,000 will remain free from land tax, but smaller retail investment property owners who own property worth just a dollar more than that amount will now be slugged a $300 flat fee.  Only the top rate of the current land tax scale, the 2.67 per cent levied on the value of land above $11 million, remains unchanged in the State Budget.

The State Government now expects to collect $939 million in land tax next financial year, up 26 per cent.

Payroll Tax
Small Businesses will have relief from payroll tax with the Government due to lift the exemption threshold to $850,000 from 1 July 2016.

The Government is continuing its infrastructure program with $24.1 billion to be invested over the next four years, including $6.3 billion in 2015-16. This will contribute towards the completion of major development projects that include Elizabeth Quay and Perth City Link projects that will see the completion of new public areas, office and retail spaces, hotel accommodation and residences. 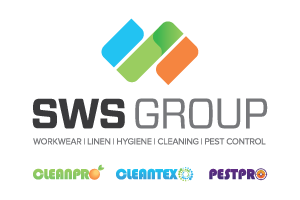