The Australian Hotels Association (WA) is celebrating the 125th anniversary of our foundation and the contribution the hotel and hospitality industry has made to Western Australia.

The first known gathering of the Western Australian Licensed Victuallers, as the AHA(WA) was known in those days, was in 1879. But it took another 13 years to make the organisation official. On the 12th of July 1892 the Licensed Victuallers of Western Australia gathered at the Royal Hotel on the corner of William and Wellington streets in Perth’s CBD for the purpose of establishing a unified state-wide association.

On the 13th of July 1892 The West Australian newspaper reported “A special general meeting of Licensed Victuallers and others interested in the formation of the United Licensed Victuallers Association was held last evening, at the Royal Hotel, Mr R. Wolfe was in the chair”.

In the formation meeting the principal business was the election of officers and it was unanimously decided that Mr Strickland of the United Service hotel was to be appointed president.

Over the past 125 years the AHA(WA) has lobbied for dozens of causes which have, or would have, affected the Western Australian hotel and hospitality industry. These events include the prohibition referendums of 1925 and 1950; the change of the Western Australian legal drinking age from 21 to 18 years old in 1970, the 2007 introduction of a compulsory Responsible Service of Alcohol accreditation, the 2015 increase to Sunday trading hours and the 2016 reduction in tax on working holiday makers. These are just a few of the AHA(WA)’s achievements that have benefited our members.

The AHA looks forward to celebrating this milestone with its members throughout 2017.

The Australian Hotels Association (WA) has surpassed many famous Australian organisations: Bankwest was formed in 1895; The Commonwealth Bank was established in 1911; Qantas was formed in 1920; Vegemite was launched in 1922 and Australia’s federation as a nation occurred on January 1, 1901, nine years after the AHA(WA) was formed. 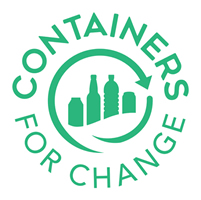